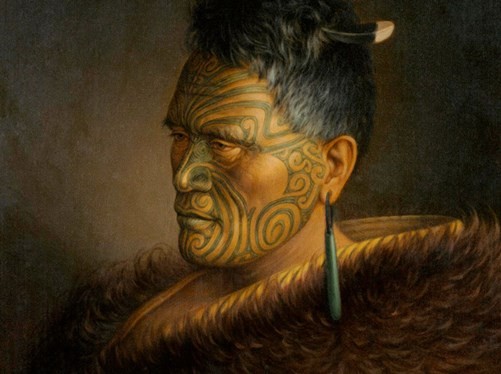 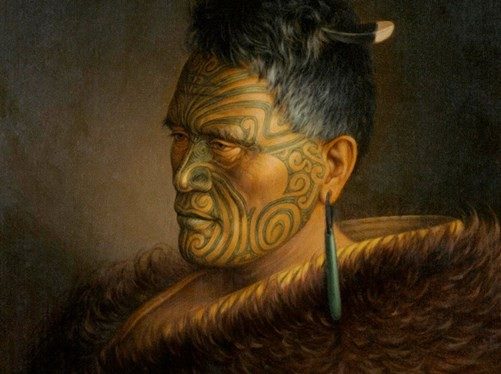 He sits there, still, his face lined with age and ink. Arcing from the bridge of his nose to the hairline all around his forehead, like sunbeams, are the faded marks of “ta moko”.

This ancient form of tattooing fascinates all who come into contact with it, from the very first European explorers to modern-day tattoo enthusiasts.

But what does it mean? Why have Maori people been carving their faces like wood for centuries? Are the markings still laden with symbolic meaning? Or has it become just another form of body art? 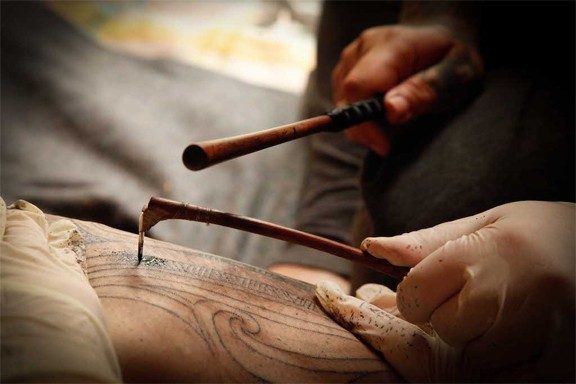 The History and Meaning of Tā Moko

Tā moko originated in Polynesia. The word tattoo is actually said to be British explorer Captain Cook’s adaptation of the Tahitian word tautau.

During his voyages of discovery, Cook described the ta moko of the Maori people as spirals of “nicety” or elegance. But they were far more than mere decoration.

For Maori, these tattoos were highly revered, ritualized, and symbolic. For many, it began during adolescence. Combs were dipped in pigment and struck into the skin using mallets, called tā.

Dark inks were made from burnt wood; while lighter pigments were derived from burnt kauri gum mixed with animal fat.

These intricate facial tattoos tell a very personal story. They visualize the wearer’s progression through life – their status, their tribe, their accomplishments. Their design but also the volume and position of the moko indicates certain things about the status of the wearer.

Ngaa Rauuira Puumanawawhiti is a researcher at the New Zealand Māori Arts and Crafts Institute. He explains that Maori people believe they are “born with moko.”

“The moko already exists inside the person and is only manifested externally and added to over time as the person progresses through their life journey.”

“The chisels’ grooves and cuts are a visual to be worn on the human exterior,” he told Tourism New Zealand. But the spiritual symbolism associated with moko lies within the person themself.

Since the head is the most sacred part of the body for the Maori, tā moko was usually done to the face. However, buttocks and shoulders were also tattooed.

Tā moko is more than simple tattooing. It’s “the art of translating the wearer’s personal story into a visual design on the skin,” says Puumanawawhiti. No two designs are the same, and each one is considered a taonga or treasure, and therefore intellectual property

Tā moko is still practiced today and, for many, there remains a strong link between these tattoos and their Maori heritage. But perhaps not for all.

Some Maori tattoo artists use the word kirituhi, meaning skin decoration, for tattooing non-Māori people. And it has become more common for Pakeha – white people – to be given Maori tattoos. But it’s a controversial topic and opinion is still divided.

The former is the unauthorised and unqualified use of another culture for your own personal ideas. “The difference,” she says, “between appropriation and appreciation sit with two key words – unqualified and unauthorised.”

One thing’s for certain. If you’re non-Maori and interested in wearing these moko, you must go to the source and ask for permission.

Clearly, not everyone understands their cultural significance. In 2013, a woman with a Maori tattoo on her forearm was denied a job because the employer’s policy forbade visible tattoos. This has led some to argue that ta moko shouldn’t even be considered a “tattoo”.

Here at Arthouse, we believe that tattoos don’t need to be ta moko in order to tell a story and contain symbolism. Tattooing has held many meanings in different cultures across the globe for millennia. Rarely has it ever been purely a fashion statement!

Regardless, traditional facial moko is now pretty rare in terms of the artists who practice it. But for those who still wear tā moko, it continues to tell the unique story of where they’re from and how they’re perceived within their community.

The Future of Tā Moko

Since the 1990s, Maori tattooing has been making a comeback, often with the use of modern machines. But Moko Smith is one young artist who uses traditional tools handcrafted from pig tusks.

On a mission to revitalise tā moko in its original revered and spiritual form, he talks about the process and ceremony associated with the practice in episode 1 of TV series Needles & Pins with UK tattoo artist Grace Neutral.

“You’re not just sitting there tapping into the person. There’s a responsibility in making something that does them justice. […] It goes beyond patterns. […]

“I want the future to be one where our leaders are wearing moko on the face as it used to be done. At the moment it’s a really hard thing to come by.”

Maybe Moko will get what he’s wishing for after all. Last year, Nanaia Mahuta became the first member of the New Zealand parliament to wear a moko kauae (female moko on the chin and lip area).

As people become more educated as to the meaning and history of ta moko, they become more accepting of it. We hope the ancient art continues to breathe new life and pride into young generations of Maori – and look totally awesome in the process!

Have a tattoo idea? Want to know more? Drop us a line here!

Please, note, that we do not currently take walk-ins, and that our specialty is custom projects that start at approximately 7 inches and up. We do not offer anything smaller.

Scroll back to top